CardioQuip is a medical device manufacturer focused on the development and commercialization of patient temperature control and cardiovascular perfusion technology.

CardioQuip is the leading U.S. manufacturer of a medical device known as a cooler-heater. Many types of medical procedures, especially those involving the heart and lungs, require cooler-heaters to regulate the patient’s temperature, making it a critical device during surgery.

Originally established in 2003 as a medical device refurbisher, CardioQuip leveraged years of conversations with medical professionals to design and manufacture their first device in 2011. With the introduction of the MCH-1000(i), CardioQuip launched a new generation of cooler-heaters, featuring intuitive design, simplified cleaning, and accurate temperature control. Two years later, CardioQuip released the MCH-1000(m) which offers full-size performance in a compact footprint. With an estimated 65% U.S. market share, CardioQuip currently has over 4500 devices in over 900 facilities nationwide.

“Our roots run deep in the Brazos Valley. This community has been a great place for us to build a business and more importantly to raise a family. The Brazos Valley’s skilled workforce, business-friendly environment, and close proximity to major U.S. cities have positioned CardioQuip for continued growth.”
Doug Platt
CEO 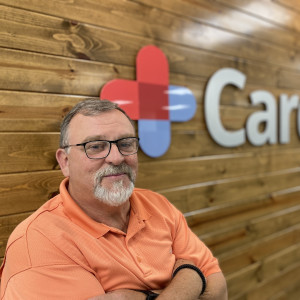 Where They Are Going

Locally, CardioQuip has made a 10x investment in facilities, processes, and research and development. As part of that investment, CardioQuip strategically partnered with Texas A&M's Biomedical Engineering department to build an immersive internship program. To date, that program has spawned multiple full-time engineering positions and the subsequent development of next-generation CardioQuip devices. With a new 10,000 sq. ft. facility completed in 2019, CardioQuip continues to lay the groundwork in the Brazos Valley for its future growth.