Local Leaders Journey to Washington to Advocate for the Brazos Valley

Brazos Valley business, government and community leaders returned to the nation’s capital this week as part of an annual visit to advocate for our region.

A Bryan/College Station Chamber of Commerce-organized and -led delegation made its latest trip to Washington, DC. Halted for two years due to the pandemic, the trip resumed with nearly 30 representatives of the community taking part in 2022.

As in previous years, the local delegates’ goal over two days was to meet with every Texas member of both chambers of Congress or members of their respective staffs. Each was presented with the region’s legislative action plan developed by Chamber and community leadership.

"We encourage lawmakers to increase economic success and quality of life by allowing more localized decision making. Federal policies to support economic development are critical. Our membership continues to be concerned about the rate of spending, as well as regulatory and tax burdens on businesses which stifle innovation, affecting growth and jobs."
Federal Legislative Action Plan
B/CS Chamber of Commerce 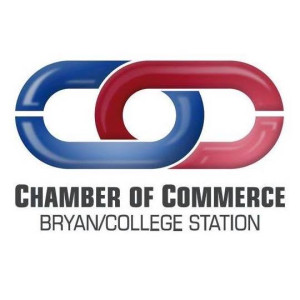 Tuesday's schedule included briefings with the full Chamber delegation, Senator John Cornyn and the staff of Senator Ted Cruz. Some members of the House also joined delegates, including Brazos County’s current congressman, Pete Sessions. With redistricting, the county will soon go from Sessions’s 17th District of Texas to the 10th, currently represented by Michael McCaul, whose staff also met with the delegates Tuesday.

College Station Mayor Karl Mooney and Bryan Mayor Andrew Nelson were among the elected leaders in the delegation. Joined by B/CS Chamber leadership, the mayors met with Rep. McCaul himself Wednesday.

Beyond the congressional offices, some delegates had meetings at various U.S. federal executive departments. The group also received a briefing at the U.S. Chamber of Commerce and visited the Washington branch of Texas A&M's Bush School of Government & Public Service.

The BVEDC was a proud sponsor of this year's DC trip and helped in crafting the Federal Legislative Action Plan.

In addition to the annual Washington journey, a B/CS Chamber delegation also makes a visit to Austin every two years to discuss local needs with members of the Texas Legislature when it is in session.

(Photos from the B/CS Chamber of Commerce)

Working Together
B/CS Chamber of Commerce

For more than 100 years, the Bryan/College Station Chamber of Commerce has worked to enhance the economic well-being of our region through a wide range of committees, initiatives and events. Its membership totals nearly 1,600.