June’s meeting of the Brazos Valley Economic Development Corporation Board of Directors was the first with the slate of officers who will serve a one-year term through May 2023.

At the recommendation of the Board’s nominating committee, the following officer slate was unanimously approved by the members in May:

Seth is a Founding Partner at Stafford Barrett Commercial Brokerage, a commercial real estate brokerage based in College Station. He holds degrees from Texas A&M University, where he was also a decorated four-year starter on the Aggie football team’s offensive line. Seth went on to play seven seasons in the National Football League. He is one of Brazos County’s three representatives on the BVEDC Board, and previously served as Chair Elect and Treasurer.

“Texas is the nation’s economic engine, and we are at the heart of the action. I’m excited to work toward making the Brazos Valley this state’s next economic powerhouse.”
Seth McKinney
Brazos Valley EDC Board Chair, 2022-2023 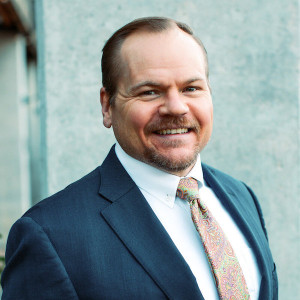 Katherine is Co-Owner and President of Spherion Staffing & Recruiting franchise locations in Bryan, Brenham, Conroe and The Woodlands. She and her husband, Justin, were named Spherion’s Franchise Owners of the Year in 2018. A graduate of the University of Texas at Austin, Katherine previously served as the BVEDC Board’s Treasurer and as Invest Brazos Valley’s Managing Director. She is one of IBV’s three representatives on the Board.

Amos is a Group Manager of Business Banking at Texas Capital Bank. In addition to time spent in the banking industry, he held leadership roles with Lone Star College and is an adjunct professor with the Blinn College District. Amos holds degrees from Texas State University and Western Governor’s University. This will be his first year on the BVEDC Board, joining as the third Invest Brazos Valley representative after IBV surpassed $350,000 in committed annual funding late last year. He is the current IBV Managing Director.

Clint is the Executive Director of The Texas A&M University System Real Estate Office, which supports the acquisition, management and dispositions of the System’s real estate resources. He worked in private real estate following his graduation from Texas A&M University. Clint is one of the three Invest Brazos Valley members on the BVEDC Board. He has now held all four Board officer positions and is a former IBV Managing Director.

The BVEDC Board’s officers are four of the members of the Board’s Executive Committee, which also includes the Brazos County Judge, the Mayor of College Station, the Mayor of Bryan and a Board member holding one of Texas A&M University’s three seats.