The Brazos Valley successfully hosted its 12th international technology mission to improve its recognition as a preferred Texas community for entrepreneurs seeking to expedite their business entry to the U.S. marketplace. Adapting to travel circumstances the global pandemic presented, the entire mission went virtual in 2020.

Starting October 19 and wrapping up October 30, representatives of nine companies from Belgium’s Wallonia region made their two-week virtual introduction to Texas. Over the course of the mission, each company had multiple appointments with Brazos Valley educational, private sector and governmental leaders to gain impressions on potential U.S. partnerships and evaluate their competitiveness for opportunities and success. The meetings took place during the morning hours in Texas, which are Belgium’s afternoon hours.

The delegate companies represented the IT, electronics and venture capital sectors for applications in the life sciences, engineering sciences, HR, defense, forestry and creative/audio/video industries.

Based on positive feedback received from mission appointments in targeting U.S. customers, several companies in the mission communicated their interest to step up momentum to establish a Texas subsidiary for delivering their products and services, with anticipated face-to-face U.S. meetings in early 2021. The award-winning BVEDC International Gateway Program, together with engagements with Texas A&M System and Invest Brazos Valley partners, will play an instrumental role in facilitating U.S. entry actions.

As with previous in-person missions, the 2020 edition was organized on the U.S. side by Texas A&M System Technology Commercialization (TTC) and the Brazos Valley Economic Development Corporation. The Open Worldwide Innovation Network (OWIN) and Belgium’s Walloon Export and Foreign Investment Agency (AWEX) once again led the mission from the other side of the Atlantic.

“We in the Brazos Valley consider our community to be a welcoming and advantageous place for global businesses, and while we weren’t able to connect in-person, co-hosting a virtual mission across time zones opened a new chapter to demonstrating our region’s services and incredible relationship with our friends from overseas. We look forward to the collaborations and agreements born of this mission, and announcing ribbon-cuttings for these delegate companies and others in the coming weeks.”
Matt Prochaska
President/CEO, Brazos Valley Economic Development Corporation 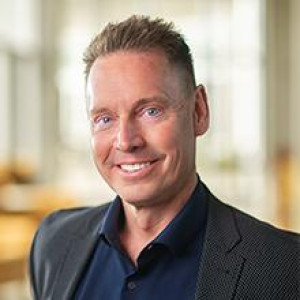 The virtual mission was a resounding success in the minds of the participants. In a survey conducted by OWIN at the mission’s end, delegates rated the experience as well-organized (4.7 on a 5-point scale) and consisting of promising appointments (4.3), and companies said they would recommend their peer entrepreneurs to attend future Texas-bound technology missions (4.7).

The international technology missions to the Brazos Valley date back to 2009 and are attributable to Belgium’s strategic economic development goals of securing global partnerships to open foreign trade pathways for promising, market-ready companies. The collaborative alliance between AWEX and TTC have forged innovation and commercialization best practices that are a model for exchanging business opportunities.

Established in 2010, the International Gateway Program provides the Brazos Valley two-way benefits to attract technology-based companies that stimulate investments/jobs as well as to leverage relations abroad for supporting the global expansion of Bryan/College Station companies.

Helping to administer the advance work to prepare technology mission delegations and custom support after-mission activities, OWIN was founded in 2013. Its membership of global universities, technology transfer offices, and trade associations – which the BVEDC is a founding associate member – encourages a global win-win partnership culture to assist companies grow faster in member markets.